As a chapter of my life has come to a close I look back in reflection of the events that shaped me even more to whom I am today. The chapter of my life that closed on, Sunday January 19th 2014. To say I knew this is how thing would come to be at this point in my life I’d be sadly mistaken. No matter how well I perceived the signs at the time, I truly didn’t see this coming until it was too late and before I’d know so much of my life had been spent on something that my perception was soiled by the greed of others. Then again I could just as easily take responsibility for it myself with the notion that ” I could a , should a, would a,”. Either way what’s done is done and there’s really nothing anyone can do to change that other than in my old words” get over it and move on”. In doing so I look back to the summer of 2007, when this chapter began and to which became of the founding members’ of Revolution Phoenix.

What started out of tragedy became one of the centerpieces of my life and further awakened a passion for which i always knew I had within me, to ride. I suppose that really started as a child and riding bikes down long hills in Sacramento California, and followed through with the family move to Arizona. Small but significant events throughout my life nourished this need further along finally accumulating to a point where I could legitimately buy my first motorcycle.  Up until that point I would occasionally borrow a friends bike to cruise around on or swap vehicles for the weekend. It wasn’t until I came home from my fathers funeral, to which the therapeutic gains of riding grew within me. It was my solace, the car was to big and seemed to allow too much in when all I wanted was to cocoon myself in my own world and see the world without constant pressures of driving in a large metropolitan area. Hours would fly by as I would find myself riding the loops of Phoenix repeatedly. It didn’t take long until a met up with a few other like-minded riders and discovered the curves of Tortilla Flatts and the switchbacks of South Mountain. Soon I found my weekends on the road as the Sun barely crested the eastern mountain ranges and would often time comes home just as the sun had set behind the southern hills.

Months went by and soon I found myself with an entire new set of associates and friends all with one like-minded goal, to ride. Many of us were from military families or were active military personnel so the comrade and family niche were easily solidified.  Many of us found that each of our own little circle of associates were connected and thus our little riding crew had grown exponentially in what seemed to be over the course of  a single summer. It wasn’t until the end of the summer when several of the riders had gone through some sort of life changing event themselves or knew someone close to them who had gone through a tragic event, that led us to agree to look into starting something we could call our own and nourish to fruition and hand down to the next generation. We had core set of values that seemed to coincide with each individuals’ own views.  As we began finalizing what we wanted to do, we were approached by a new set of riders who happened to recently join our little band of riders and suggested expanding a club they were already apart of, out of California and starting a chapter in Phoenix. What came next was the epitome of the cliché ” If you want something done right, do it yourself”, thus our first attempts at forming a club had failed miserably in some aspects as well has flourished in others. Many of the existing clubs in the area became accustomed to seeing our faces at events and began to build friendships with individuals within the crew.

Of the original riders,  13 of which, were there from the very beginning decided to form what would become Revolution Phoenix Motorcyclist better known as RPM or simply Revolution, thus they became the 1st 13, and I was one of them. For me the personal tragedy that led me into this was series of failed relationships and culminated with the passing of my father. to say i was a bit impressionable at the time would be an understatement. I had reverted back to the ” I Don’t Give  Fuck” state of mind for most things.  As long as I made it to work on Monday, or as long as it would allow me to drift away in my own  thoughts and as long as it meant the ride wasn’t over. That’s  not to say I wasn’t paying attention to everything it simply meant something didn’t need a response or input for my approval how things within our newly formed crew should be done.  In the beginning the life was simple and very uncomplicated. Loyalty, Honor and Respect were the core values we stood for, and strove to have the general community for which already had a negative connotation  towards, re-evaluate their perception of bikers. Anyone could join, as long as you could ride and not endanger the other riders around you were okay to ride with us, no matter race, creed, color or sexual orientation. We wanted the world to see that not all bikers are your parent stereotype of the 1970’s hell raising anarchist, and more importantly that motorcycles clubs are not gangs.

As time grew and the family expanded even further, I always believed these values to hold true even when times were troubled but somewhere along the way the values seemed to fade into the background or simply didn’t seem to apply anymore. Some will say it’s because of a girl, some will say because of the serious financial change in my life, some will say its due to impending mid-life check point. To this I say you must not know me very well. It simply comes down to the fact that for a very long time I haven’t seen or felt those initial core values being adhered to within a majority of the members, and thus led me to the decision to walk away. Not from the people, a handful that is, because the close comradery I felt for my fellow brothers is still there with those that I know still honor those core values and for those that don’t, well sufficed to say ” Life Goes On”.

Now I’m and independent rider and I would be lying if i said there’s was no huge weight lifted from my shoulders by walking away. A very influential person ion my life once told me ‘Always question authority and if it something you feel strongly about, stand up it no matter what the cost” , by staying in the club I felt as though I’d be constantly living a lie by supporting something I’d lost faith and hope in, to grow into what I felt it had intended to become.

As I struggled to come to my decision, i sought advise from several people, club brothers included.  One of them posed a question to me which truly opened up how I perceived the issue at hand by stating that the club was something that i needed at that point in time in my life, to fill a void in my life, so I could get through that point in my life that I couldn’t do on my own and I strongly believe that to be the reason.

People come into your life for a reason, a season or a lifetime.

When you figure out which one it is,
you will know what to do for each person.

When someone is in your life for a REASON,
it is usually to meet a need you have expressed.
They have come to assist you through a difficulty;
to provide you with guidance and support;
to aid you physically, emotionally or spiritually.
They may seem like a godsend, and they are.
They are there for the reason you need them to be.

Then, without any wrongdoing on your part or at an inconvenient time,
this person will say or do something to bring the relationship to an end.
Sometimes they die. Sometimes they walk away.
Sometimes they act up and force you to take a stand.
What we must realize is that our need has been met, our desire fulfilled; their work is done.
The prayer you sent up has been answered and now it is time to move on.

Some people come into your life for a SEASON,
because your turn has come to share, grow or learn.
They bring you an experience of peace or make you laugh.
They may teach you something you have never done.
They usually give you an unbelievable amount of joy.
Believe it. It is real. But only for a season.

LIFETIME relationships teach you lifetime lessons;
things you must build upon in order to have a solid emotional foundation.
Your job is to accept the lesson, love the person,
and put what you have learned to use in all other relationships and areas of your life.
It is said that love is blind but friendship is clairvoyant.
— Unknown

With that being said, its time to move on.

Thank you Revolution for being there when I needed it in my life. 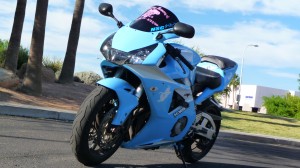