With the economy the way it is, my wallet is limiting the excursions I am able to conduct to new restaurants to review, I’ve forced myself to review some of the shows that I follow, and some new ones as well.

One of the funniest shows on TV has finally returned from their mid-year break. After what seems like a year of sub par fill ins including some of the my once top comedy shows on the air at the time, Rescue Me returned to the airwaves this last Tuesday.

Picking up where last season left of the show immediately went into a light hearted banter on which appendage they would rather loose; an eye or a nut, which told me this season is set to leave all others in the dust.

In addition to that, for those who haven’t watched their DVR’s yet turn away now, here’s a quick recap.

Tommy’s father died at the end of last season during the baseball game- Tommy still thinks he’s an asshole, and everybody is like WTF he was your father, but Tommy explains it very well about 3/4th thru, in a manner that makes me wonder how much FX has to pay every time they use profanity.

A few of the fellas decide to invest in a bar buying plan, one of them is just involved to see the whole thing come crashing down.

Black Shaun, is hooked up with Tommy’s daughter

Someone falls off the wagon for the funniest reason, and you’ll never guess who it is or why.

Unnerving however has been the return of Scrubs, or lack thereof, a show that used to be the funniest thing on TV is now either struggling to stay afloat while dealing with it’s own identity crisis.

Apparently the main characters are moving on and new ones are moving in, but at the same time it’s as if the show doesn’t know if it wants to be the light hearted comedic mainstay that made the show what it is today, or move in a more serious direction. Wither way I’ll hang in there till the end jsut to see if this ship sails off into the sunset or schmacks into the side of an iceberg and goes down for the count.

We’ll have to see what happens, but if it shapes up to be what I think it’ll be Scrubs , may have to be scrubbed from DVR record list.

One show that has yet to return to the air from it’s hiatus is FX’s other hit series, Sons of Anarchy, 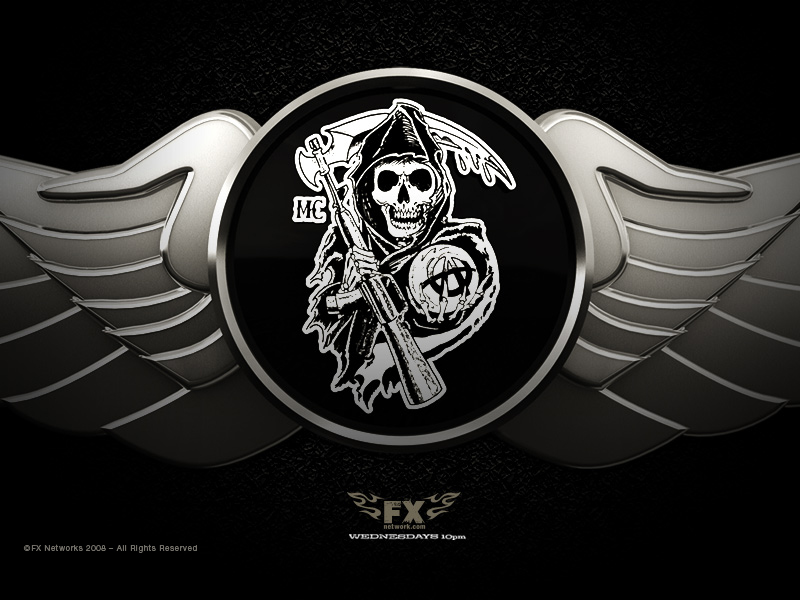 about a outlaw motorcycle club in the quaint little town of Charming.  It’s not just the fact that it’s a show about a motorcycle club and I’m in one as well that gravitates em to the show.  It’s more to the fact that they don’t piss around with the little things such as language.  I would say that within the next season they will be right on par with Rescue Me, cuss’n and fuss’n up a storm and making people laugh there ass of when appropriate enough.